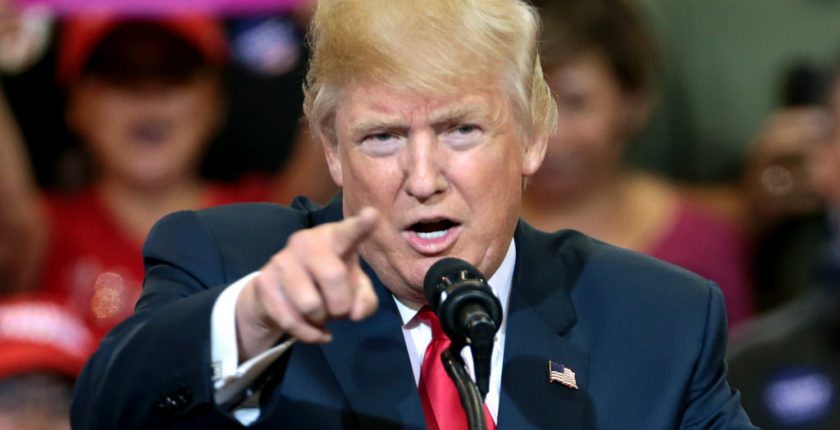 On the 20th of January 2017, Donald Trump made history by becoming the 45th President of the United States of America.

Widely believed to be the greatest country in the world, Americans are still reeling from the news that Donald J Trump defeated what most believed would be the first female president of the United States, Hilary Clinton.

President Trump (70) is not only the oldest president to be inaugurated, he is also the wealthiest, and the first president to have no history of politics. The businessman and reality TV star announced his candidacy in 2016, most people thought that it was a joke, there were even memes doing the rounds on social media comparing him wining to America becoming a dystopian wasteland. 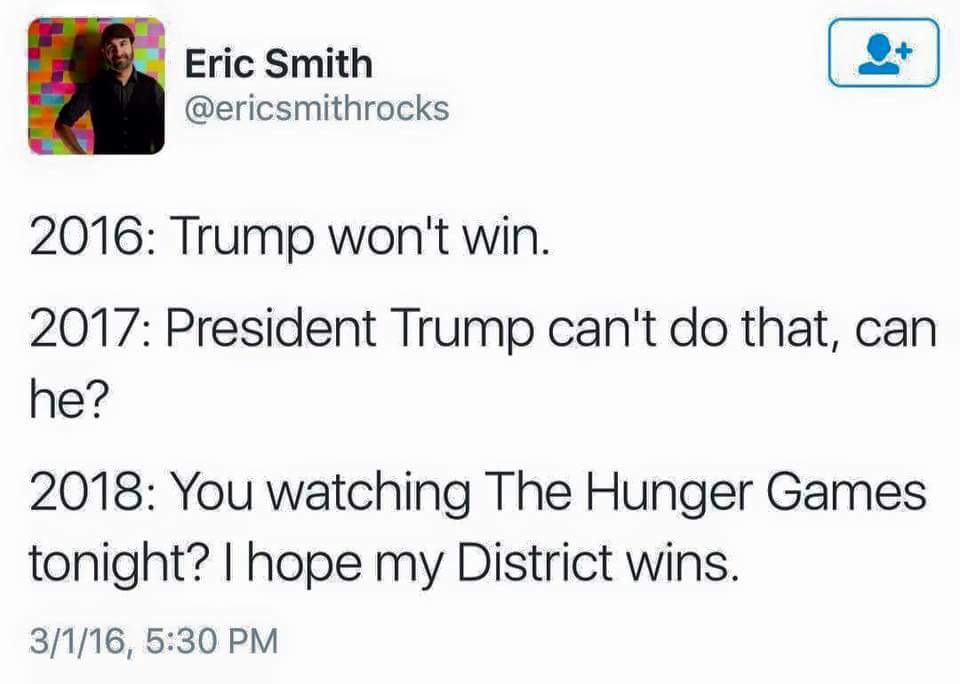 Why did Trump win

This has been the question asked by the world in the wake of uproar by Americans, especially celebrities, about the outcome of the 2016 American Presidential election. Hilary Clinton won 65.8 million votes, while Trump only received 62.9 million votes. However, the Electoral college, elected Donald Trump president, these are the representatives of each state who vote in the interest of the public. This is not the first time that the electoral college has rendered a different vote than that of the American people, it also happened in 2000 when George Bush became president.

It has become widely speculated that Russia helped elect Donald Trump to the White House. It is alleged that Russian hackers procured information regarding to Hilary Clinton, which was then leaked in order to discredit her. The allegation was investigated by the Federal Bureau of Investigations (FBI), President Trump then fired the FBI Director, citing the handling of the Russian investigation, as well as the enquiry into the Clinton email scandal as two of his main concerns. After Russia was found to be behind the leaked emails, Barack Obama expelled 35 Russian diplomats, while President-elect Trump tweeted 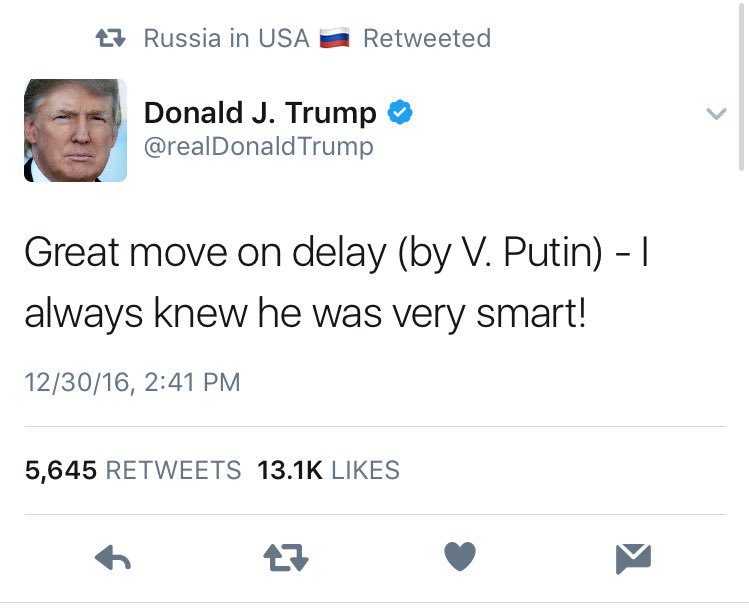 How was Russia involved?

It is difficult to imagine how a country could influence an election on a different continent, however, it is believed that Russia bankrolled “internet trolls” as well as allowing illegal activities by intelligence agencies. They also allegedly used Russian news agencies to paint Mrs Clinton in a bad light, leading up to the election. They brought her leaked emails and alleged ties to Islam to the forefront of not only the press, but also Social media like Facebook, YouTube and Twitter. It is unclear to which extend these interferences had an impact on President Trump’s election.

Fake news has become a term synonymous with President Trump, it is incorrect news spread in order to sway the opinion of the public. President Trump has taken to calling independent news agencies #FAKENEWS agencies. These agencies have clear alliances and very few of them have posted about the positive changes that have been made by the current administration, they simply post the negative comments that are made by the president. Not that they need to do that, he has taken to social media to voice his opinion. 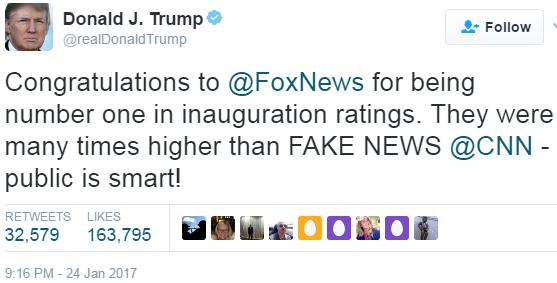 Since becoming president, Trump has taken to voicing his opinion on Twitter. Most of his tweets have not gone over well with the public. People have even made memes, almost indistinguishable from the real ones. 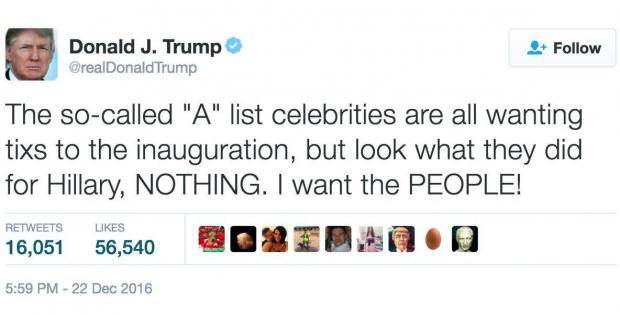 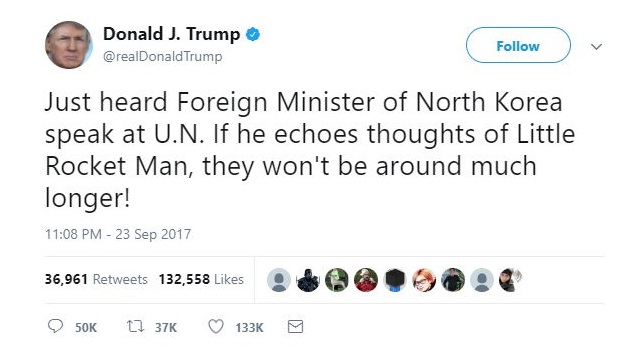 Probably one of the most popular videos regarding this story, is a fake WhatsApp group, included in the group are some of the most powerful world leaders.

It starts with President Obama writing, “I’m gonna have to add Donald in this fs”

Theresa May wants to know, “Do you have to?”

Putin seems quite excited at the prospect and says, “Now we’re talking. Someone who knows how to get shit started.”
Apparently there are more calls from different whatsapp groups but it is the funniest and most interesting 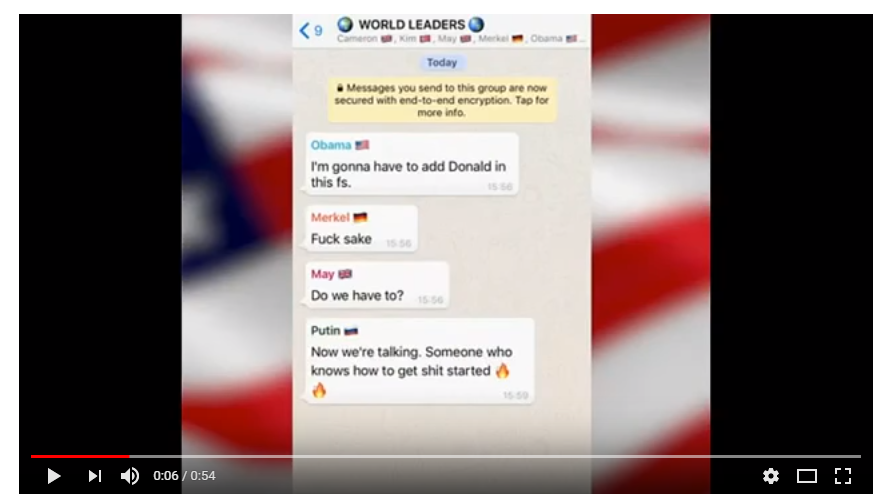 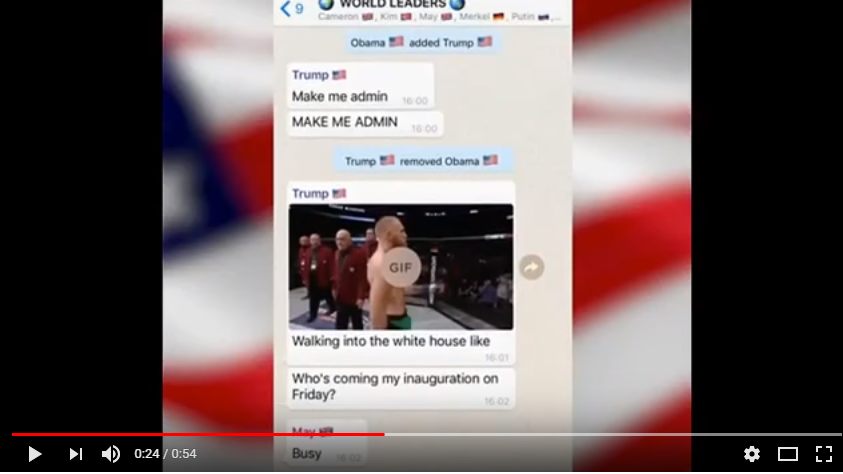 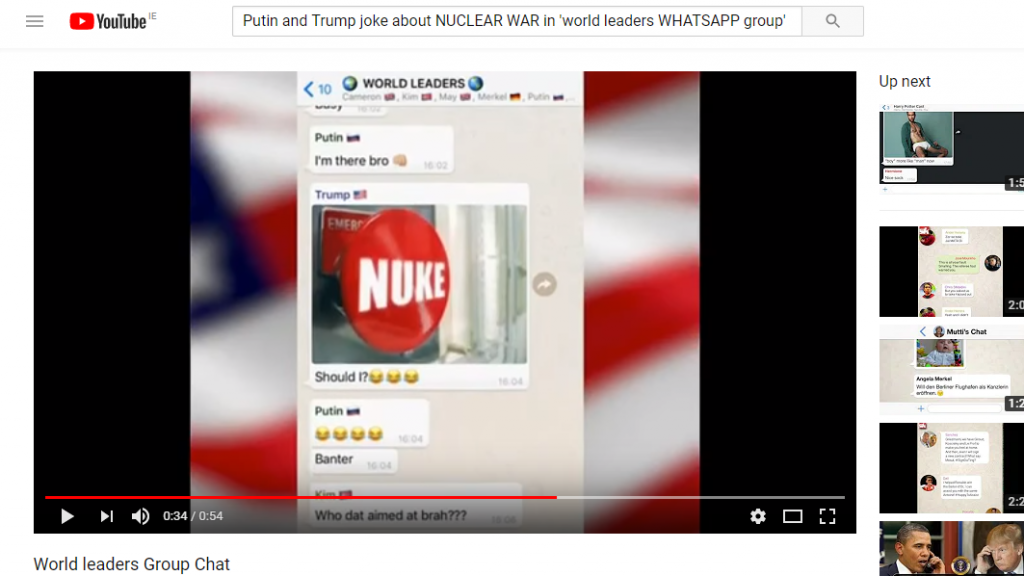 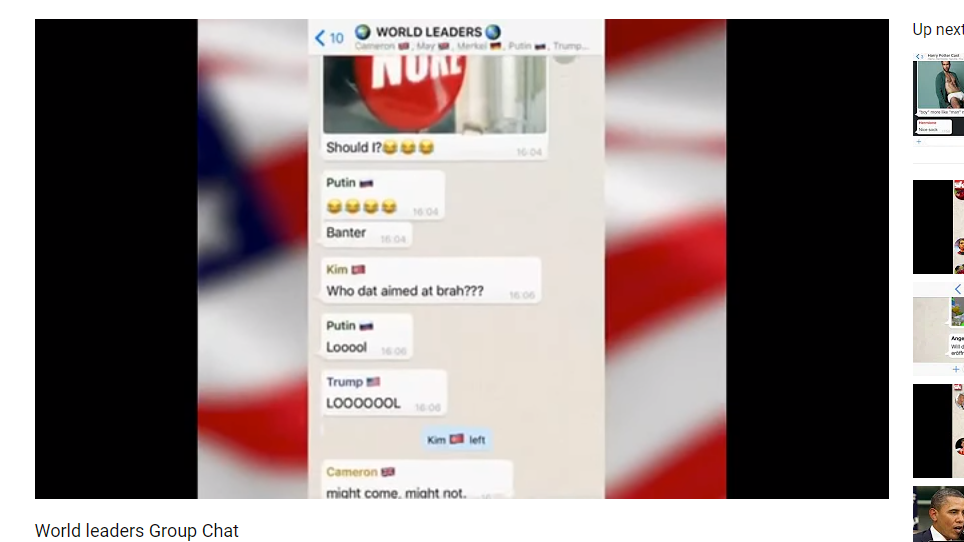 It continues in much the same vein, playing on the notion that Putin and Trump are in alliance. Follow the link to look at the video of the whole conversation: