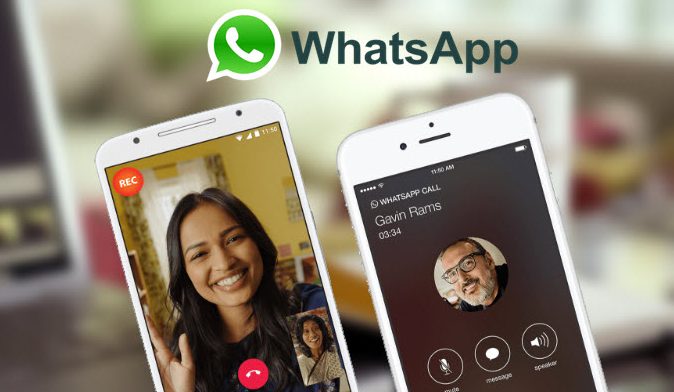 WhatsApp introduced video calls two years back but back then, it had severe problems such as the loss of connecting during calls, audio/video issues among others.

Talking about now, these issues have been fixed and WhatsApp video calls have started becoming stable and more fun, with the reduction in lag.

How you can make video calls?

To make video calls in WhatsApp, you need to open the chat of the contact whom you want to call. Tap on the camera icon in the top right of the chat to initiate a video call.

Note – If the person is offline, the video call will be initiated but you will see a “no answer” dialogue.

Video calls are a great way of connecting with your loved ones because you can’t see them smiling on a voice call, can you?

WhatsApp beta for Android has a group video calling plan that allows a total of 4 people to talk simultaneously in a video call with each other. While the feature is not yet available for the official WhatsApp on the Android platform, it’s expected that it will be soon.

Windows Phone users will also be getting the group video calling feature soon.

In a time when various apps are bringing on the heat by offering group video calls, it was not going to be late till WhatsApp joined the show.

Groups are a part of WhatsApp that you just can’t avoid. Be it family groups, groups made by your high school and college friends or informal groups of your colleagues, groups never leave you.

WhatsApp has been planning on introducing certain features to the app which will allow for more advanced group management.

This will allow the creator to remain in his place and prevent the takeover of a WhatsApp group by another administrator.

However, the members will be able to message the admin by tapping on the “message admin” button. Their message will reach the group once/if it is approved by the administrator.

While this is still in works and might not make it to the official version of WhatsApp, the only use for this feature that we can think of, will be in official settings, such as in the group of a class or an office where the members only need to receive instructions from a professor or an executive/boss.

While at the surface, groups do not seem that important and might seem too casual, we are hopeful that these extra features will add another layer of security to the group, although, there are always chances of scrutiny.

With WhatsApp testing more and more features on the beta version every month, we are expecting to see a much, much robust and revamped version of the app by the end of 2019. Whether the app will retain its simple UI or not, that is the question.